The standard benefits of a hypervisor are well known and often touted. Every RTOS has its hypervisor and they do genuinely help embedded designers to:

These benefits and others have led to a “land grab,” as RTOS vendors have rushed to implement a hypervisor to control the target hardware and virtualize their competitors rather than be virtualized. But as we shall see, there is another hypervisor benefit. An important new development often overlooked and missing in hastily conceived hypervisors – robust multicore space partitioning. A nice property that can now be achieved without the baggage of an RTOS.

All three projects are attacking the same problem – the multicore problem — and all of them are using hypervisors to do it. Before we consider whether or not hypervisors are needed, let’s take a look at the challenges involved in building safe multicore systems.

Taming multicore hardware interference so that safety-critical real-time systems can be consolidated onto a multicore processor is a fiendishly complex and challenging problem the software safety community has been grappling with for a decade. The core issue is that a noisy neighbor application can stress the multicore processor to the point where a safety-critical application running on another core misses its worst-case execution time (WCET) deadline and causes the system to fail.

To safely consolidate applications onto cores of a multicore CPU, applications must be robustly partitioned. This is not a casual description, but a formal definition from the reference study, Partitioning in Avionics Architectures: Requirements, Mechanisms, and Assurance written by John Rushby for the FAA in 1999. Rushby defined the Gold Standard for Partitioning as:

“A partitioned system should provide fault containment equivalent to an idealized system in which each partition is allocated an independent processor and associated peripheral and all inter-partition communications are carried on dedicated lines...”

Rushby knew, however, that no such idealized system existed to measure a partitioned system against. So, to help with building, testing, and evaluating real-world software, he introduced this stronger property, named the Alternative Gold Standard:

Multicore Analysis Service and Tools for Embedded Critical Systems. The project aims to create a commercial offering that provides:

Self-monitored Dependable Platform for High-Performance Safety-Critical Systems. SELENE aims to build a safety-critical multicore computing platform based on open-source components that guarantees functional and temporal isolation. It uses RISC-V cores, GNU/Linux and the Jailhouse hypervisor. Four use-cases will be used, the SPIDER autonomous robot from Virtual Vehicles, an autonomous train from CAF Signaling and two space use-cases from Airbus Defense and Space. Barcelona Supercomputing Center is part of the SELENE consortium.

WHAT IS A PARTITIONING HYPERVISOR?

Despite using vastly different use cases, different companies, and a variety of CPU architectures, all three projects have a common goal: to build a safety-critical real-time computer on a multicore processor. What is more interesting though, is what they have in common. Barcelona Supercomputing Center is involved in all 3 projects (BSC are providing their microbenchmark suite to MASTECS and De-RISC, as well as SELENE, one assumes) and all 3 projects use a partitioning hypervisor. In particular, the projects are using:

A partitioning hypervisor - also known as a separation kernel - is a special kind of hypervisor whose main purpose is to divide hardware resources into partitions. The partitions are virtual machines that host guest software, such as OSs, RTOSs and bare-metal applications. These hypervisors sacrifice convenience features like on-the-fly partition creation and device emulation to focus on security and minimalism. Their priority above all else is the secure isolation of guests.

The concept of a partitioning hypervisor was first described by John Rushby in his 1981 paper Design and Verification of Secure Systems. Rushby wrote:

“...the task of a separation kernel is to create an environment which is indistinguishable from that provided by a physically distributed system: it must appear as if each regime is a separate, isolated machine and that information can only flow from one machine to another along known external communication lines.”

Rushby called it a separation kernel. The concept is that a superior computer can be built if the partitions are enabled before the OS boots. The computer will be more secure, since partitions are protected from each other, and the partitioning will be stronger (than provided by an OS process) because it is implemented separately in a small kernel that is simpler and easier to code than an OS. Simplicity means that a separation kernel’s code can be formally proved to be correct, a mathematical task that Rushby described in his 1982 paper, Proof of Separability. Such a computer is also more flexible, since it can host a mix of different OSs simultaneously. All attractive properties, that remained theoretical because the CPUs of the day were too slow. Around 2005 Moore’s law gave us the first multicore processors, followed by hardware virtualization (Intel VT-x, VT-d, EPT) and Rushby’s vision became practical.

WHY ARE THESE PROJECTS USING PARTITIONING HYPERVISORS?

These 3 are a perfect storm in favor of partitioning hypervisors. Without the need for all 3, a normal RTOS would suffice. But the multicore problem is so difficult, if you can solve the space part of robust partitioning with no downside, that is a wise path to take.

Space partitioning means that a partition must be prevented from accessing the software or data of other partitions. In an OS is this is achieved with a process. A process is an MMU-enforced region of memory that contains tasks. Triggered by the fork() call, processes are created on-the-fly by an OS by configuring the MMU to create a new protected memory region and populating it with a task. The same concept of using the MMU to enforce protected memory regions is used by a partitioning hypervisor. But with 3 differences. A partitioning hypervisor:

Intel’s SLAT is called EPT, Extended Page Tables, Arm’s implementation is the Stage-2 MMU. SLAT provides nested MMU paging that allows the hypervisor, running in privileged mode, to map physical memory to create partitions. The trick is that guest OSs running in those partitions have their own MMU, and use it as normal from their own kernel space to create their own (MMU protected as normal) user processes. A guest OS running in this type of virtualized environment is oblivious to the presence of the hypervisor.

Lynx’s partitioning hypervisor is called LynxSecure®. On Intel x86 it uses VT-x, EPT, VT-d and SR-IOV to provide nested CPU control, nested MMU control, DMA isolation and nested DMA control. The hypervisor runs at Ring -1 (VT-x hypervisor mode) and constructs partitions (virtual machines) by mapping memory, peripherals, interrupts and DMA to CPU cores. Using hardware to do the heavy lifting is efficient and elegant and results in LynxSecure being a tiny (45KB on x86) but carefully-crafted piece of hardware-intimate code. On start-up, LynxSecure’s job is to configure its partitions and then get out of the way. In operation, all that is left are page tables to map guest physical addresses (GPA) into host physical addresses (HPA) and event handlers to redirect interrupts and handle guest hypercalls like reset or power down.

With robust space partitioning solved by the hypervisor, the problem of time partitioning is left exposed, open for study. Achieving space partitioning without an RTOS improves the accuracy of our interference timing measurements. It’s like polishing the lens of a microscope. Multicore timing effects may be fleetingly brief and unpredictable. Eliminating the RTOS helps in 2 ways. First, it reduces the memory pressure in the system. When executed, every piece of RTOS code and data needs to be loaded into the CPU over the memory hierarchy, consuming memory bandwidth and polluting the caches. Interference caused by contention for these very devices is precisely what you are trying to measure. Second, the RTOS’s memory pressure itself is unpredictable. The RTOS scheduler pre-empts and switches between tasks, generating a complex instruction stream that creates an unpredictable load on the system. In both ways the RTOS creates increased background noise that obscures the interference you are trying to measure.

Multicore safety is an area of expertise and active innovation for Lynx Software Technologies. Multicore designs should be approached with caution and careful planning to understand the complexity and minimize risks. Our experience is that there are large pitfalls and no easy solutions. We are engaged in several multicore avionics design and research projects and would be delighted to discuss multicore safety and partitioning strategies for your next project. As ever, Lynx Software is at your service and would be delighted to discuss your next project and any multicore, safety or partitioning features you require. 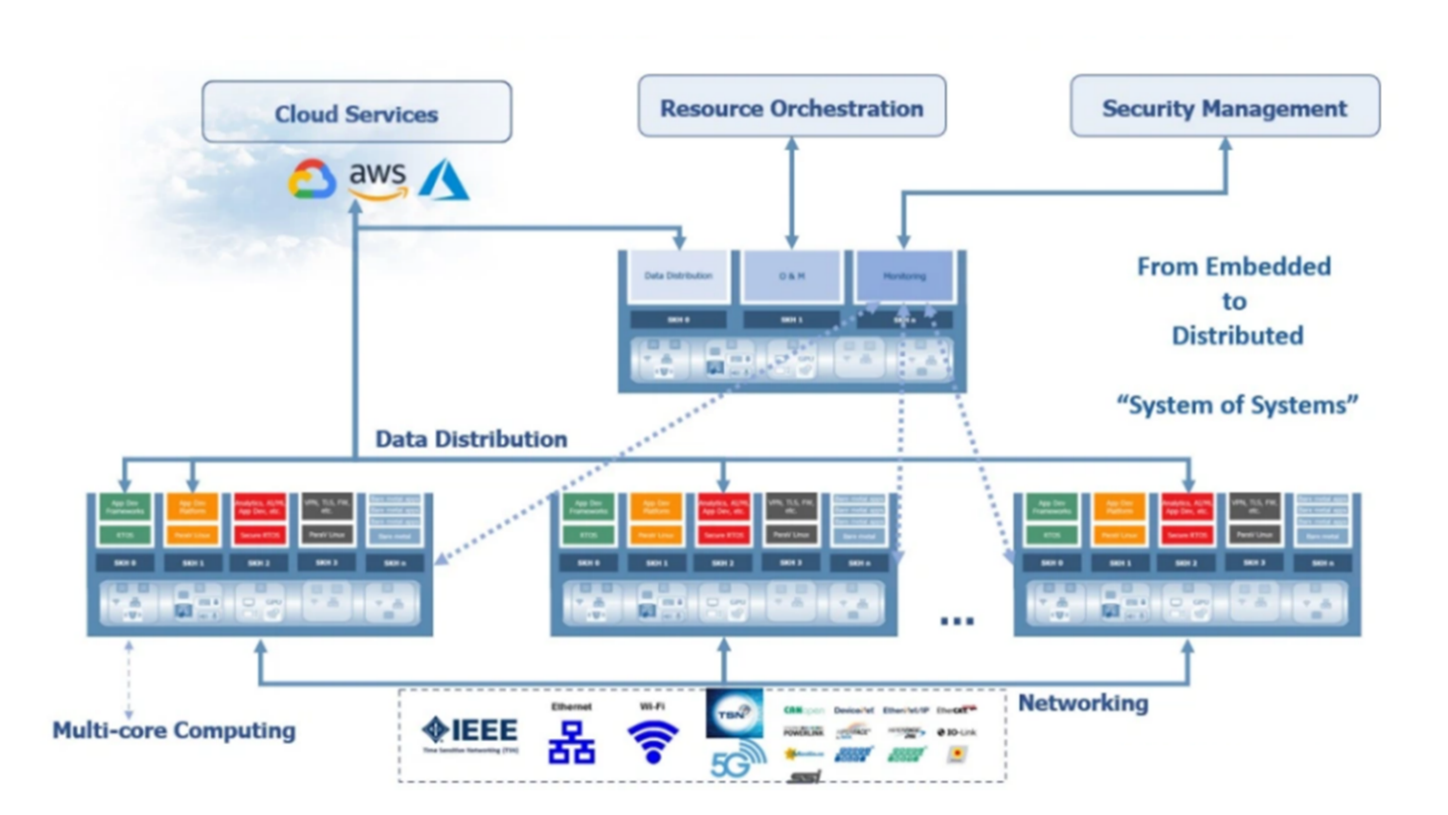 Edge Computing is Here. What's Next? 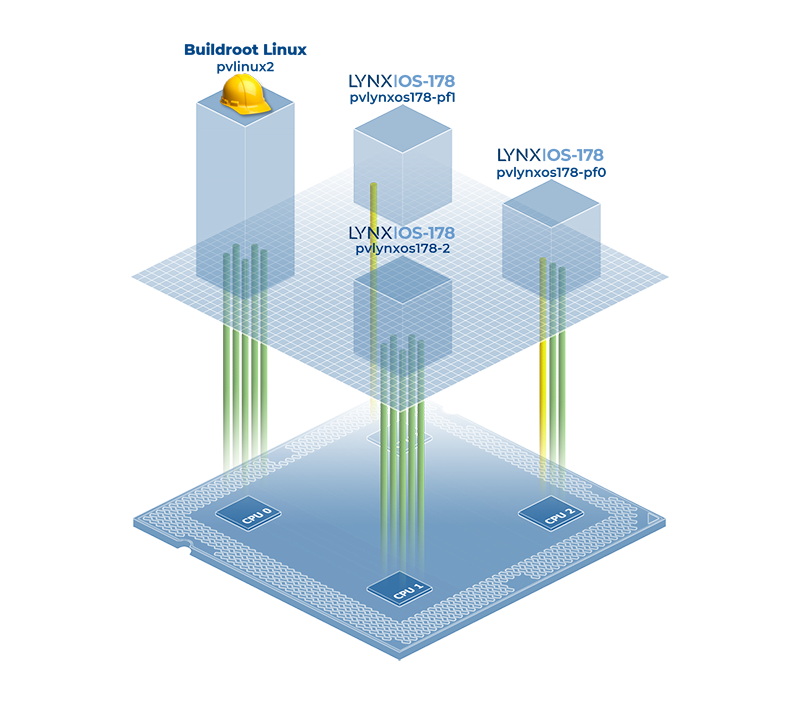