Lynx in the news

Man with a mission 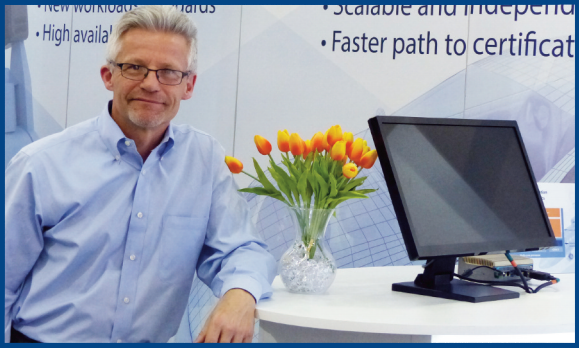 Ian Ferguson joined Lynx late last year with a mission to see technology normally used in aerospace and defence applications find a home in modern vehicles. “I wanted to go from 30,000 feet to three feet,” said the company’s VP of marketing. “I am looking at where the technology can take us. We are looking at secure gateways for cars where you are embedding different operating systems and making sure things such as the brakes work no matter what else is going on.” The company has an existing partnership with Etas where a real-time operating system is running alongside Linux.

“We have been doing this for two years,” he said, “but it is still in an early stage. The RFPs we have been involved with will manifest themselves in the 2023 to 2025 timeframe for automotive. We are talking about secure gateways in ECUs.” He said automotive was on a path back to centralised computing, which meant different tasks running on one platform. “This is being driven by a need to reduce cost, footprint and power, especially as we move towards electric vehicles,” he said. “That is why we are seeing Linux and rtos on the same hardware.”

At the show, Lynx disclosed significant adoption behind LYNX MOSA.ic, the software framework for the development and integration of complex multicore safety or security systems. “Within a year of launch, we announced the first major programme adoption of LYNX MOSA.ic, with the Joint Strike Fighter, and will be announcing further adoptions in the aerospace and defence sector as those engagements mature,” said Ferguson. “We see strong interest across markets with customers focused on harnessing LYNX MOSA.ic for specific automotive and industrial as well as aerospace applications. We will be announcing new products starting in 2Q 20.”

LYNX MOSA.ic lets developers collapse development and integration cycles for creating, certifying and deploying robust, secure platforms for manned and autonomous systems. The software framework addresses this through packages that include RTOS, bare metal and commercial operating systems for expedited design, integration and test of complex critical systems. In contrast to a traditional RTOS platform, where all hardware control, real-time scheduling, security, multimedia and application runtime services are integrated into a common stack, LYNX MOSA.ic allows system architects to subdivide systems into smaller, independent stacks that include only the dependencies needed.