The COVID-19 crisis has caused a prolonged work from home period, with some companies like Twitter and Fujitsu offering workers the opportunity to work from home permanently. While this is relatively easy to state, CIOs and CISOs have to adjust their IT networks to support this environment. For users handling sensitive or classified information, a traditional endpoint system cannot be trusted when leaving the confines of the corporate/classified network.

Hackers have been quick to take advantage of this shift. In just 10 cyber incidents during 2021, over $600 million in cash was stolen or taken as ransom. Tens of millions of citizen records were stolen, 40,000 businesses’ IT operations put at risk, one billion airline passenger details compromised and at least one bank was effectively shut down for over a week.

Traditional operating systems such as Windows, MacOS or Linux/Android that run on endpoints are vulnerable to cyber-attacks, and security updates and anti-virus software cannot be relied on to protect the endpoint. A compromised OS allows the threats full access to the endpoint, the sensitive data residing on the endpoint and even the encryption keys that are used to protect the data. Average cost of a breach in US companies (2021)

Days to recognize a breach has taken place (2021)

In addition to the isolation and security functionalities offered by LynxSecure Separation Kernel Hypervisor, Lynx-MfE provides the following functionality:

Staged Boot
In certain situations, it is useful to delay the power-on of a specific VM until another VM has reached a certain power-on state. The staging of the VMs' power-on sequence is provided by Lynx-MfE's staged-boot functionality.

Over the Air (OTA) Updates
This features allows an administrator to remotely update the VM root disk, the Certificate ISO image or a LynxSecure image. Lynx-MfE supports 2 distinct types of updates. 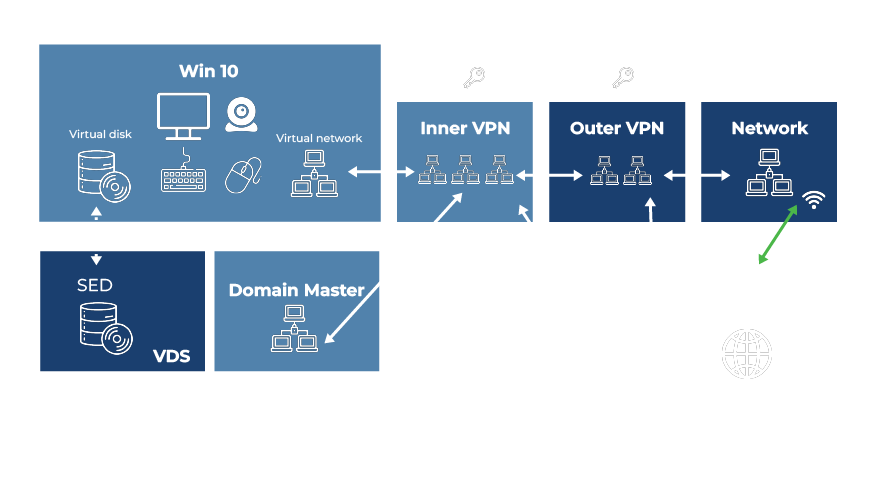 The Lynx solution for secure laptops have fundamental advantages as compared to the systems that are built using traditional hypervisors. These include:

Strict isolation
The underlying software foundation preserves strict isolation between the different security functions and user-facing operating systems. Since the compute resources and peripherals are assigned at runtime, a guest does not have access to another guest’s resources. LynxSecure by itself does not have access to the guest operating system.