Lynx in the news 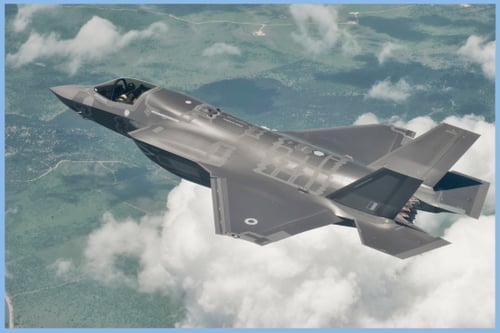 The F-35 will gain MOSA computing in its TR3 update – an enhancement whose security will rely to a large extent on LYNX Software Technologies’ MOSA.ic development framework. (Image: UK MoD)

January’s somewhat abstruse announcement that LYNX Software Technologies’ MOSA.ic framework will be used to support the mission avionics component of the F-35’s Technology Refresh 3 (TR3) modernisation programme really is a big deal: it illustrates the depth of the US DoD’s commitment to the Modular Open Systems Architecture (MOSA) approach to computer systems in its flagship programmes and beyond.

Within the F-35 TR3 effort, MOSA.ic will be used to support development of the Integrated Core Processor, which is being undertaken by L3Harris and which processes data for the fighter’s communications, sensors, EW, guidance and control, cockpit and helmet displays. MOSA.ic supports a variety of operating systems such as LynxOS-178, Linux, Windows, third-party real-time operating systems and so-called ‘bare metal’ applications – programmes that run directly on processor chips without an operating system in between.

Central to MOSA is the use of standardised, publicly-available interfaces, through which modular chunks of software and hardware communicate. The big idea is to make it much easier and quicker to create and update the complex computer systems on which all modern platforms, weapons and supporting systems rely – on an almost plug-and-play basis – while eliminating dependence on any one supplier. This presents inherent risks that demand a comprehensive approach to cybersecurity, because MOSAs potentially create monocultures in which multiple systems have the same vulnerabilities, and a single exploit can work on many applications...